A few months ago, a teacher in Michigan contacted me. She’d found my free Mountain Men lesson on Teachers Pay Teachers. “I LOVE your game!” she told me. “It’s exactly the kind of thing I want to use in my classroom. Is there any way I could modify it for the Great Lakes region?”

That started a conversation about me creating a new game about the French-Canadian fur trade in the Great Lakes area.

Yeah, I know. I had the same reaction initially. First of all, though I have friends who are hunters, I am not one, and the concept of the fur trade has an ick factor for me. Second of all, why on earth should I care about the French-Canadian fur trade? Sounds both boring and irrelevant. Right?

So I started looking into it, and what I found amazed me. Actually, the French-Canadian fur trade in the Great Lakes region between 1670-1760 is enormously important to understanding early American history. Who knew?

Why? A number of reasons. One of the major motivations for so many European countries to send people to North America (which required a very dangerous and months-long sea voyage) was to get furs. Furs were big business, and that meant big money. Most of Europe at the time was pretty settled, and fur-bearing animals were thin on the ground. But North America, with its vast wilderness, was teeming with wild life. Furs harvested in America were shipped not only to Europe, but to as far away as China! So here we have an early international trade that depends on furs from America.

This led explorers and traveling traders to not only come to North America, but to travel deep into the interior. Look how far the fur trade went! This thing is HUGE! 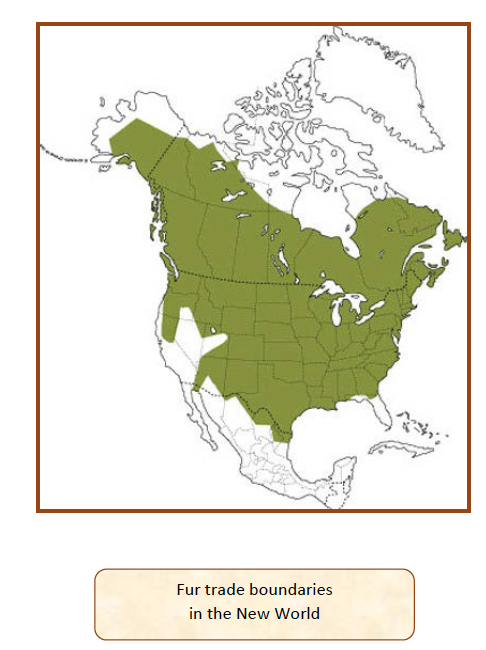 This means Europeans traveling across the continent, meeting a wide variety of Native American groups, making trades, bringing new ideas and products, and in many cases, marrying into families. All that activity led directly to several things that are central to American history, such as:

If that’s not significant enough (though it really should be), there’s also this question of the role waterways played in early transportation systems. It’s not by accident that most major early cities, in America and certainly across Europe (London and Paris, just to name two) are located on rivers. The Great Lakes fur trade is an excellent example of rivers and lakes allowing people to travel deep into the interior of the continent. 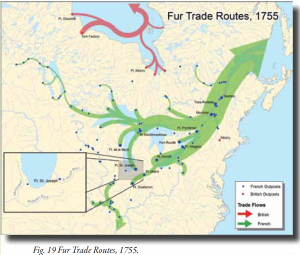 After learning all this (and mind you, I’m only BEGINNING my research), I came to understand that far from being boring and irrelevant, actually this topic is foundational to understanding American history. Yet how many people (outside of Michigan) learn about it in school? Having taught 5th grade for many years, I can tell you that we learned about explorers, mostly in the 16th century, and then skipped directly to the 13 colonies.

Tune in tomorrow to hear about my early plans for creating this unit. Same bat time, same bat channel!